This page holds assorted versions of the Aemulor 26-bit emulator and compatibility layer to download and use with your 32-bit RISC OS machines.

Please be sure to download the appropriate version for your target machine, because other versions will refuse to start. The core code is machine-specific, for correct operation and/or for higher performance.

The latest development version should be considered potentially unstable, and only be started on demand (ie. do not install it in your boot sequence because it could be difficult to remove it in the event of a failure). Also, keep your earlier version available to use instead, in case of compatibility issues with old 26-bit applications and/or OS updates that you need.

Version 2.53 brings support for the Raspberry Pi 4 along with a few minor tweaks to the user interface of all of the existing builds.

This build should run on a real RiscPC with RISC OS 5.27 or later, although to my knowledge it has never been tried. In reality this build is used primarily to run 26-bit programs and the latest version of RISC OS on non-native hardware such as machines running Windows, Linux or macOS using RPCEmu.

Also note that this build of Aemulor does require a StrongARM CPU, so you will need to ensure that you have configured RPCEmu appropriately. My ToDo list contains an action item to see whether I can relax this contraint in future builds to avoid confusion and increase its applicability to those physical RiscPCs that are not being used simply as monitor stands.

Note that if you're trying to run a pre-5.27 version of RISC OS on RPCEmu then you will need to add a patch to the RPCEmu source and rebuild it, as described below.
Without the patch you will get an error from Aemulor when it tries to start.

or, for 5.24 with the High Memory Model and a 52MiB application space:

or, for 5.22 with the High Memory Model and a 52MiB application space:

Add the appropriate patch to the end of the rom_patch array in romload.c, rebuild RPCEmu and ensure that the patch has been applied by checking through the RPCEmu log. Enjoy.

IMPORTANT: This IYONIX pc build offers only the ARM610/ARM3 emulations, not the much higher performance of the StrongARM available in commercially-released earlier versions. This is purely because I have somehow managed to break its function over the past few years and it may take me a while to track down how. (I was trying to make some of its additional speed available on all targets using a modified approach).

Some older builds of Aemulor are still available on the site here, just in case, but they should not really be required now and they are no longer maintained.

Thanks to Neil Spellings for publishing and supporting Aemulor over the many years since its creation in 2002. For anyone who is interested in the story of its serendipitous creation, I have recorded my recollections of that time... 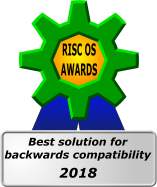 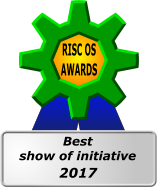 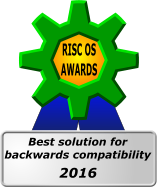 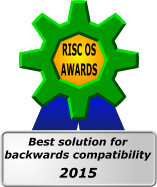